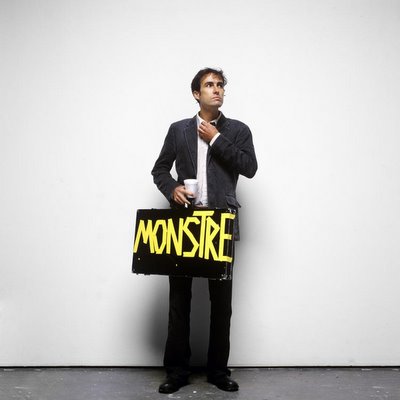 You don’t see many musicians described as a “whistler” but Chicago’s Andrew Bird (who is also a singer-songwriter, guitarist, and originally, a violinist) fits the bill. This is his fifth release (and second for Ani DiFranco’s record label), which finds him backed by several members of his group Bowl Of Fire.

An utterly mesmerizing and magnetic album, almost unfair in how incredibly ambitious and impressively pulled off the whole thing is.

Taking all the best parts of Jeff Buckley, Devandra Barnhart and Rufus Wainwright, Bird can be noisy, charming, frivolous, haunting and playful all at once.

my dewy-eyed disney bride, what has tried
swapping your blood with formaldehyde?
monsters?
whiskey-plied voices cried fratricide!
jesus don’t you know that you could’ve died
(you should’ve died)
with the monsters that talk, monsters that walk the earth

certain fads, stripes and plaids, singles ads
they run you hot and cold like a rheostat, i mean a thermostat
so you bite on a towel
hope it won’t hurt too bad

my dewy-eyed disney bride, what has tried
swapping your blood with formaldehyde?
what monsters that talk, monsters that walk the earth